I believe that most of us would consider exchanging places with our furry companions if given the opportunity. I mean, who would not want to live a life without the responsibilities and obligations that humans have?

One dog owner firmly decided to have a little fun one day. He got the amusing idea of sleeping in his pet’s cozy bed and see what it would be like.

He mimicked his beloved pet and napped on its bed. Unfortunately, as amusing as he thought it was, his Great Dane was not amused by a human occupying his territory.

Henry, the Great Dane, deemed his owner’s little snooze on his bed to be completely unacceptable. The outraged dog determined that he would awaken his owner and stage a protest. Even though he knew that it was his owner who was in his bed, Henry was still displeased and became really grouchy.

Henry continued to paw his owner and even attempted to bark at him to show his irritation with where his owner was getting some rest.

The big dog continued to bark and prod his owner incessantly when he showed no indication of rising from where he was lying down on. Eventually, Henry’s owner caught on and was unable to return to his slumber. He also realized that his dog was becoming angry.

However, he did not move until he attempted to resolve the issue with the dog. The owner tried to diffuse the situation by offering Henry a space on the bed. Unfortunately, it was not what Henry wanted.

Because of this, the dog owner got up and chose a different place to sleep in. And despite the dog’s unwillingness to share, the dog owner laughed heartily at his dog’s reaction. 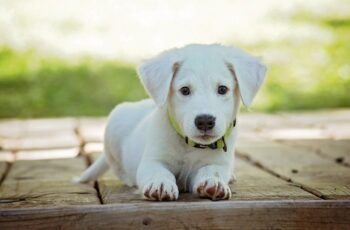